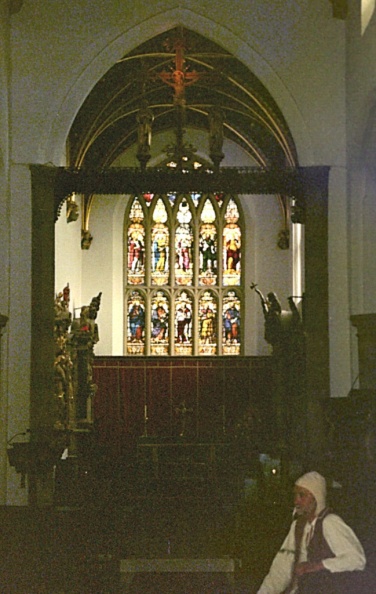 The original rood screen has been removed, now that it is a protestant church.